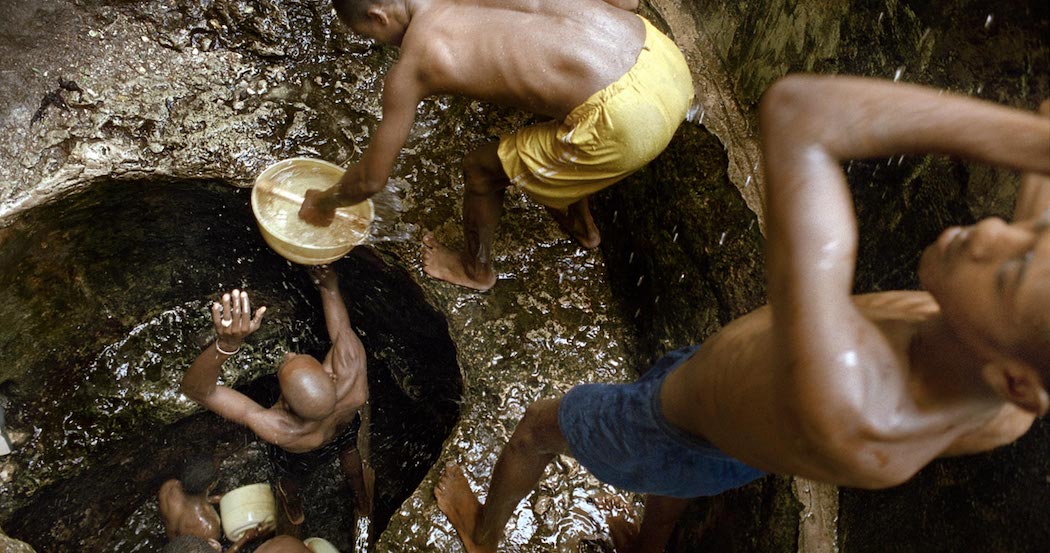 The Borana territory extends over the Oromia dry lands of southern Ethiopia. The Borana are shepherds and herdsmen, semi-nomadic people who manage their scarce water supply through communal organisation, ensuring everyone can have access to this resource without any money being exchanged.

Ancient hand-excavated wells, known as “singing wells”, which are managed by the shepherds voluntarily, allow this population and its livestock to survive during the long annual droughts, when thousands of people and animals move closer to the wells in search for survival. According to an unwritten rule of well management, nobody can be denied access to the water. It is as though, in this remote region of the planet, water has become a symbol of union and peace even amongst different ethnic groups which are often in conflict with each another.

The documentary follows the daily life which revolves around the ancient Erder wells, throughout the long dry season until the long-awaited rain comes.
Every day the young shepherds form human chains, allowing them to reach the depths of the well and bring up the water. Their hard work is accompanied by a song which seems to draw the great herds as they slowly come near. After days and days of walking across dry and dusty land they are finally able to quench their thirst. During this time the well becomes a small integrated social system. By observing this world we can understand the delicate balance of the relationship between man and Nature that governs the existence of nomadic people in the Horn of Africa. In modern times, their survival is threatened by profound climatic changes and significant alterations in the natural rain cycle.

Through interaction with several characters from this place, the film introduces us to a water management system that allows the Borana shepherds to manage the small quantity of available water as the property and right of everyone, in one of the driest inhabited regions in the world.