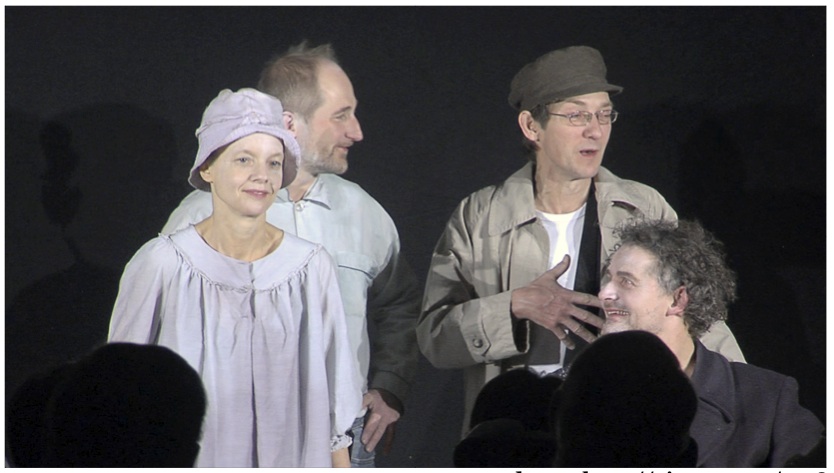 A juggler, a scientist, a speech therapist, and an actor come together as they all suffer from an incurable disease – multiple sclerosis. They meet at the moment when the illness has already strongly influenced their lives – they all are handicapped. Meeting each other, they are very aware that their lives are ending, they just do not know when. Trapped in their new situation the protagonists do not run away from it nor hide. They decide to face the inevitable by staging Endgame by Samuel Beckett. Although their bodies become weaker day after day, Beckett’s play about four people trapped in a world that is about to collapse gives them so much emotional fulfillment that no matter what happens to them physically they will continue to perform...
The End Game is a visually compelling journey that follows the structure of Beckett’s Endgame. Through recollections of the past, everyday episodes from protagonists’ lives and scenes from the performance, the film invites the audience to join the story about life as theatre and theatre as life where nobody knows what comes next.