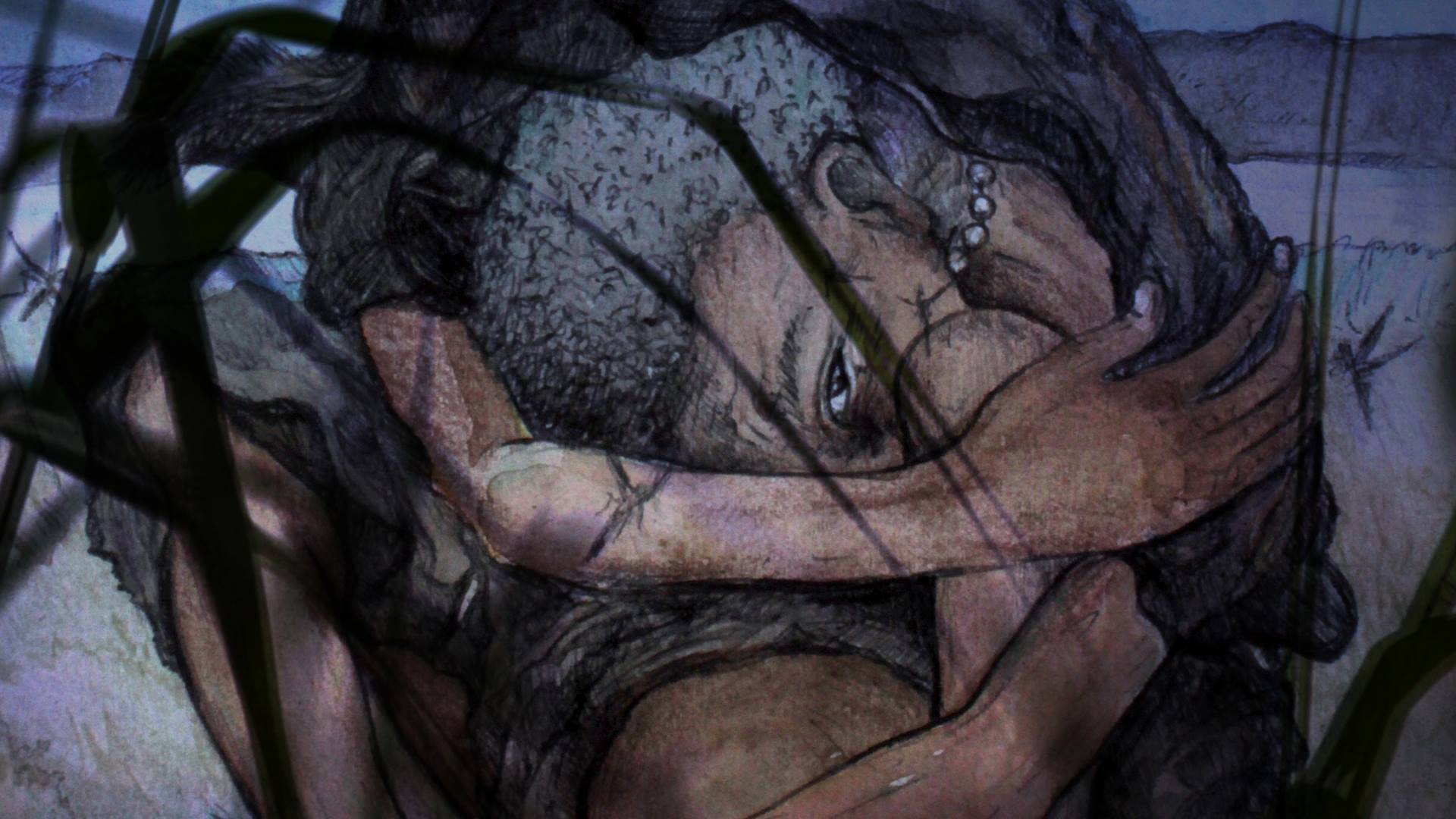 The tiny island of Akampene, “punishment” in the local language, is the unusual protagonist of an unknown story of femicide.

Today half-sunken, tortured by her past, Akampene understands that the end of her existence is coming as she is about to become submerged in the waters of surrounding Lake Bunyonyi. Akampene was the final destination for girls who got pregnant, breaking the taboo of premarital sex. Their fathers abandoned them on her shores and the island witnessed their deaths; be it from starvation or from drowning.

Today locals recall the story just as if it was an ancient legend. That’s what the island fears the most, not death, but humans forgetting about her existence. So she asks the lake for a last wish: help her to gather evidence to make sure her story will outlive her. With an unworldly search guided by the natural elements, different characters give original information, but it is only with the  nding of survivors that evidence finally emerges. A tragic story with some bitter happy endings for women like Mauda, Jenerasi and Grace, who were saved by poor men with no cows for the dowry going to the island to pick free brides. Jenerasi was abandoned on the island when the practice was common use and witnessed women drowning themselves out of desperation, others dying of starvation, others having miscarriages. She reveals the way women were exposing themselves on the arrival of man in a canoe circumnavigating the island to choose the prettiest wife. Mauda was probably the last woman to be abandoned on Akampene and it was the plan of mother and sisters to spare her from death, the fate her grandfather had decided for her. It is her brother Edward to tell this part of the story, as he was the one chosen to take the woman to the island. Grace admits she killed her own baby as she knew no men would raise the son of another men.

With her story finally revealed, Akampene should be satisfied. The water level continues to rise and the island will soon disappear. But now, in total human style, Akampene does not want to die.