God Is Not Working on Sunday! 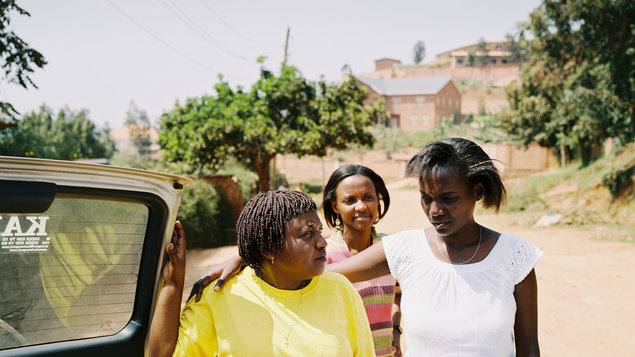 20 years after the genocide Rwanda is celebrated as one of the most progressive countries of the continent: fast economical growth, leading in IT technology, and the first parliament in the world ruled by a female majority. 20 years ago women were not allowed to talk publicly without the permission of their husbands.

“God Is Not Working On Sunday!” follows the life of Godeliève and Florida. Despite their divided histories, these women are struggling for a common goal: Breaking the silence, reconciliation, and political empowerment for women. We follow Godeliève and Florida organizing self-empowerment trainings for women to confront patriarchal structures; to the rural area, where the new generation of children born out of rape are redefining their identities, facing a life shoulder to shoulder with the murderers of their families, their fathers. And where more and more women decide to break the silence and speak out.

Through an intimate, long-term observing portrait “God is not working on Sunday!” narrates about the Rwanda of today and its women, standing for a new generation of leaders on the African continent.