Two ESoDoc projects shortlisted for One World Media Award 2017: "Nowhere to Hide" by Zaradasht M. Ahmed and "The Pearl Of Africa" by Jonny von Wallström.

Both films have been nominated in the "Feature Documentary Award" category, for feature-length documentary films that deal with stories, topics or issues in, about or related to the developing world.

Established in 1988, the One World Media Awards celebrate the best media coverage of the developing world, reflecting the social, political and cultural life of people around the globe.

These awards uniquely recognise the critical role of journalists and filmmakers in increasing cultural understanding and supporting equality and justice worldwide.

Read here the full list of One World Media Awards and the nominees: http://www.oneworldmedia.org.uk/awards/shortlist/ 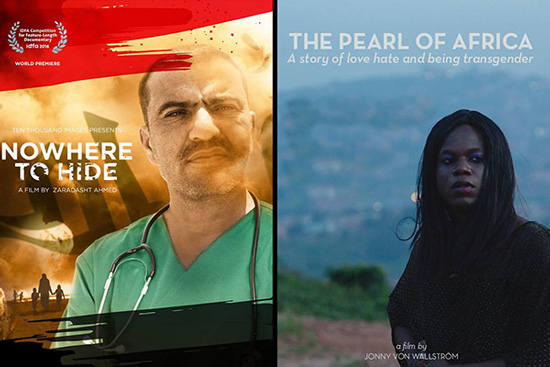