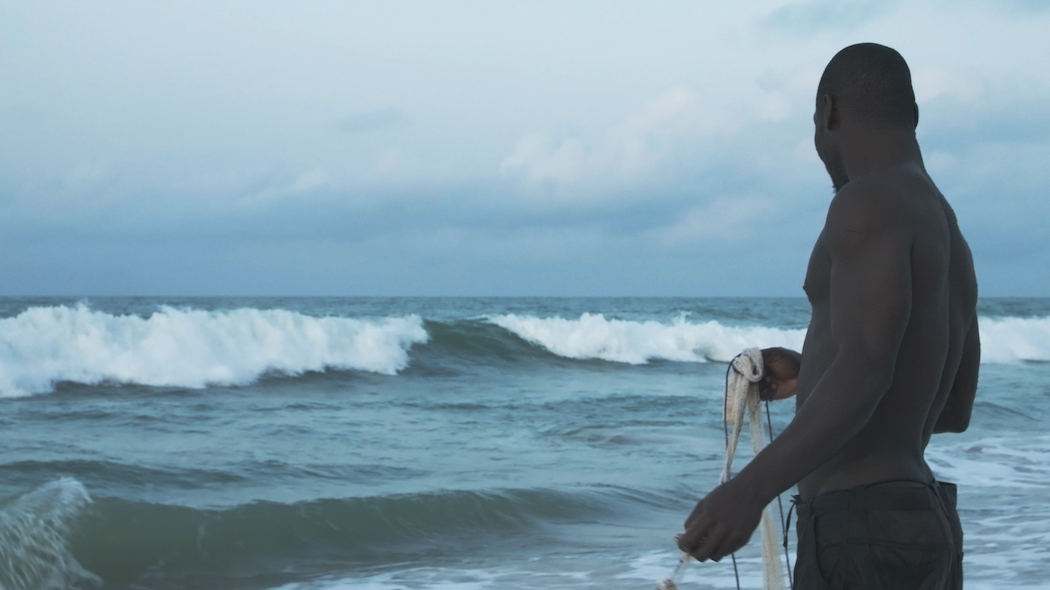 Logline: “Grand-Pêcheur” is a film about the faith of Grand-Popo in Benin, a city on the brink of being washed away under the ocean. It is an intimate portrait of the inhabitants of the vanishing city, of their sense of loss and belonging. What are we to lose in the upcoming catastrophe?

Synopsys: “Grand-Pecheur” is a film about the faith of Grand-Popo, in Benin, a city struck by floods that submerse the city each year. Soon, one flood will definitively wash away the city under the ocean.
The film meets the inhabitants of what is still left of the historical center of Grand-Popo, the village of Gbeckon, and documents the final years of this place.
We follow three protagonists, exploring their relationship with Gbeckon. Baron, the great fisherman of Grand-Popo, battled all his life with the ocean for creating wealth in the village. He now faces the end of all he built and a defeat against the sea. Roger, a local tourist guide from the ethnic group Xula, faces the end of the home of his ancestral culture and the memory of what Grand-Popo once was. Evra, who struggled his whole life to find a home, comes to terms with losing the place where for the first time he found a sense of belonging.
By looking at Gbeckon, we look for answers: What are we to lose in the upcoming catastrophe?