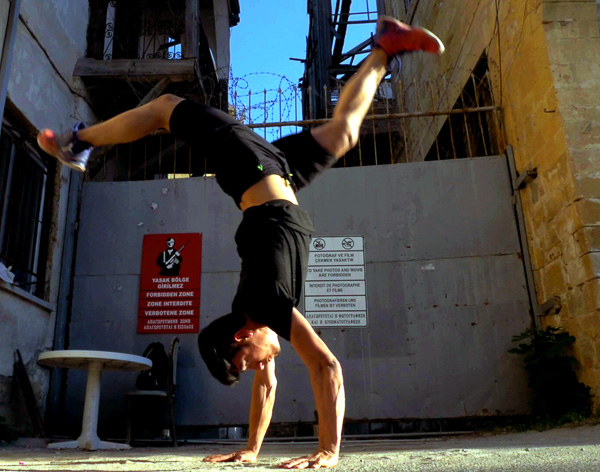 Teenage street dancers Marina, Bekir and Ali grow up together in the Turkish north side of Cyprus’ divided capital Nicosia. Their crew is made of immigrants labeled as delinquents.
As the crew is building a dance studio, they hear that the border police caught 14-year-old Russian Marina smuggling tobacco to Greek side. Police takes her passport, she gets stuck in the South.
2 years pass, they still live in the same neighbourhood; yet on different sides. Bekir decides to start an islandwide dance company but as Turkish national he can’t go to South. He feels trapped in a video game where part of the map is blocked. Ali, Roma boy, trains hard to become a dancer and break away from his family’s drug dealing business.
Marina works at bars, hairdressers and learns languages. When she gets her passport back, she runs to North to her friends, only to realise she’s stigmatised for her feminine pictures on facebook. Bekir needs her to bring dancers using her Greek skills and precious passport.