Dying to Divorce entered into the Oscars 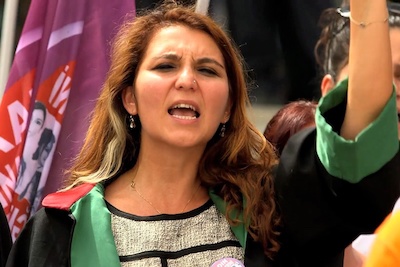 "Dying To Divorce" - directed by Chloe Fairweather and produced by ESoDoc 2017 participant Sinead Kirwan - has been selected as the UK’s entry to the international Oscar feature race.

Dying To Divorce was filmed over five years. It takes a deep dive into Turkey’s gender-based violence crisis – more than one in three Turkish women have experienced domestic abuse – and the political events that have damaged democratic freedoms across the country.

The Bifa-nominated film follows the work of lawyer Ipek Bozkurt and fellow activists who are to put abusive men behind bars.