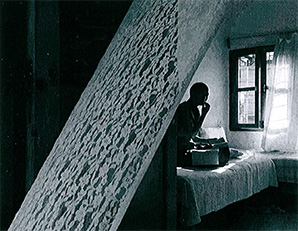 In the framework of the partnership between DocedgeKolkata and ESoDoc, Heidi Gronauer – director of ZeLIG and ESoDoc Head of Project - was on the panel of DocedgeKolkata pitching, which took place from February 27 till March 5 in Kolkata (India).

Among the 26 projects from Indian and Asian filmmakers which were presented, "The Geshe Ma Nuns" by Malati Rao was selected to take part to the third session of ESoDoc 2017, which will take place in Vilnius (Lithuania) from October 15 till 20, during the Inconvenient Films Human Rights Film Festival.

Geshe degree, the highest academic achievement in Buddhist studies, has always been a male bastion. For the first time in the history of Tibetan Buddhism, this revered standard of scholarship and learning will be bestowed upon 20 nuns.
The Geshe Ma Nuns chronicles the incredible journey of 4 women who walked from Tibet to India, surviving life-threatening hardships, with the singular intent to follow the path of Bodhisattva.
The film also offers a broader overview into the winds of change sweeping through the Tibetan Beddhism order, as it engages with historicity and patriarchal views to stay relevant and come true on its essential promise of liberation to all sentient being.

Malati Rao has directed, written and produced a number of fiction and documentary films. She is the recipient of the Margaret McNamara award from the World Bank family network for her thesis film. She holds an MFA degree in Film and Media arts from Temple University, Philadelphia and an MA in Mass Communication from JamiaMillialslamia, Delhi.