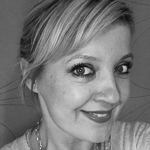 Producer Elisabeth Kleppe has been working in the Norwegian film industry for more than 15 years. Together with her partner Turid Rogne, she owns and runs the production company Aldeles AS, based in Bergen on the west coast of Norway. Aldeles produces documentaries, short films and tv-series for a wide range of platforms and for an international audience, telling stories ranging from urban wildlife and World War 2 to art institutions and male group therapy.

With her background as a journalist, Elisabeth picks projects with a social or political agenda for change. She is a creative producer who collaborates tightly with the directors in developing the films, writing scripts and doing research.