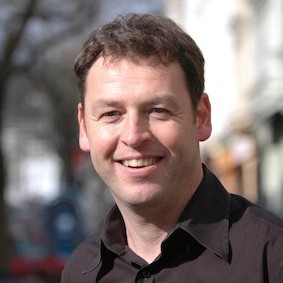 After receiving his degree in theatre, flm and television studies, journalism and politics in Berlin (1996), Michael Grotenhof worked as a television writer and director for up to 45 minutes-documentaries for ARD, arte and 3sat among other broadcasters. In 2000 he substantially contributed to the development of the DIALneues a science program of the broadcaster 3sat. It was the frst program, which focused on Multimedia and technical trends. Since 2007 he is one of the three shareholders of Filmtank and works as a director and executive producer. He has been pursuing the company-goal of becoming more widely established by producing innovative content, improving business and technical systems, and at the same time developing long-lasting, sustainable business models. He is the “head” of the transmedia projects “Netwars” and “Conquest Of The Seven Seas”.

flmtank is an innovative company for visual content. For several years, we produce high-quality and awarded documentary flms for television and cinema, as well as documentaries and reports for public broadcasters. Our branch in Berlin focuses on transmedia content. That means, we are producing flms and additional to that Games, Interactive Motion Comics and other interactive media. flmtank’s keynote is to convey knowledge – sophisticated and always entertaining.